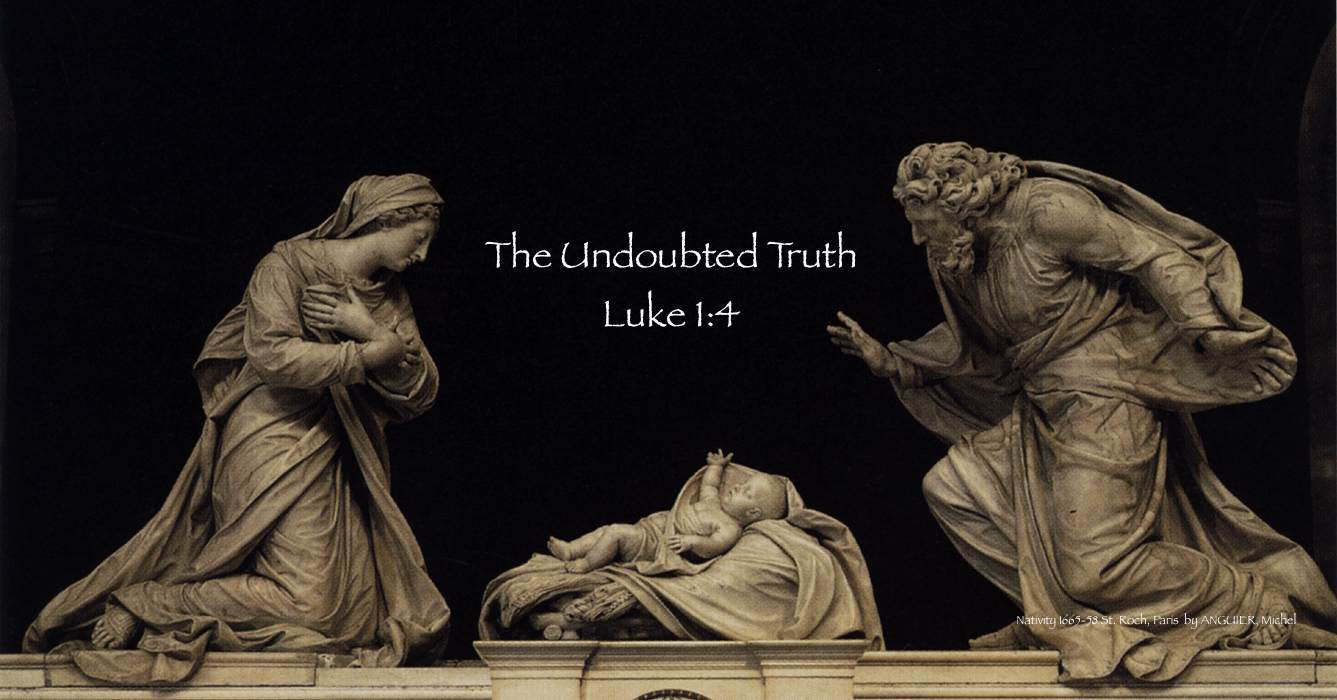 © 1998-2016
Fellowship@CrossCreek
Life of Christ
Luke 2:41ff
Missing that Special Tree in the Seemingly Never-ending Earthly Forest of One’s Daily Existence…
1.3.16
Introduction…Sometimes we see things through a wrong lens, which can completely distort the image.
Sometimes we can’t see the real forest…God’s forest… for our trees. 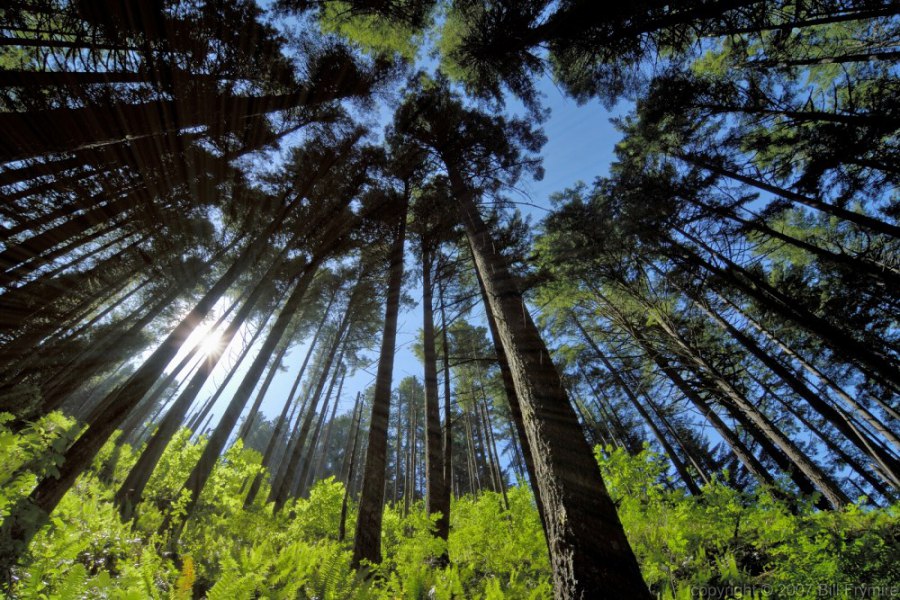 We see something as frustrating or an inconvenience when, in all actuality, everything is still really okay because God is in control and has a much greater agenda going on than what we see.
Can you think of a situation in which you thought something was really going bad, but in the end, it wasn’t so bad.
Why was this true? What kind of lens were you looking through at the time?
What was the lens God was looking through in the same circumstance?
How can one see life’s experiences, including the more frustrating ones, through a different, God-like lens, as opposed to my own self-centered lens?
How can I see life and all my experiences through a bigger, God-like picture or lens?
If I do see life with a God-like lens, then how would that change the way I view life? 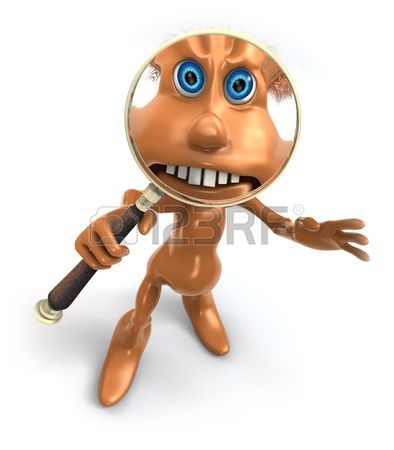 What am I looking for?
So when bad or frustrating things are occurring, what can I do to change the way I view my difficult circumstances so that I see the same through a different, God-like bigger picture lens?
Pray for insight…
Read the passage 3 times…
Now let’s begin to ask questions…
41Every year his parents went to Jerusalem for the Feast of the Passover.
42When he was twelve years old, they went up to the Feast, according to the custom.
How long was it to Jerusalem from where they lived? Nazareth? Thirty, fifty, seventy miles? How long did the journey take? Was it a rough journey? Had the family taken this journey every year? What about Pentecost festival in June and or Booths or Tabernacles in the fall? How many times had the young Jesus been to Jerusalem? Was he aware that he was the Son of God or Messiah to begin with or a gradual experience, strengthened by each trip to Jerusalem? Was Jerusalem a safe place for Jesus now? Had people forgotten what a threat his birth had caused 12 years earlier?
43After the Feast was over, while his parents were returning home, the boy Jesus stayed behind in Jerusalem, but they were unaware of it.
How did he know to do this? Why did he do this? Was he that deep in thought? Was he distracted? Did he know what he was doing? Why did he remain?
44Thinking he was in their company, they traveled on for a day. Then they began looking for him among their relatives and friends.
How did they miss him for one whole day? Was there that many people in their traveling party? Was a 12 year old given that much freedom at this time? How many relatives were there? Friends? So Jesus had a large family? A large spiritual or religious family?
45When they did not find him, they went back to Jerusalem to look for him.
I can only imagine their anxiousness…and their hurry…We have lost the Son of God…We have lost the Messiah…
46After three days they found him in the temple courts, sitting among the teachers, listening to them and asking them questions.
Three days? How great a city was Jerusalem? So it’s been four days without our son? And Jesus is totally focused on what he is doing in the temple, and they have no idea? Amazing… No clue whatsoever? What questions was he asking them? Did he know the answers or was he truly seeking their thoughts and understanding with respect to Scripture?
47Everyone who heard him was amazed at his understanding and his answers. 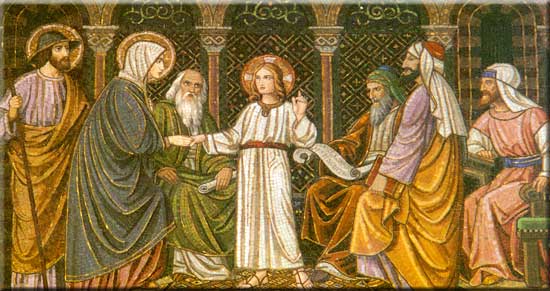 48When his parents saw him, they were astonished. His mother said to him, “Son, why have you treated us like this? Your father and I have been anxiously searching for you.”
So apparently his mother did not understand even though she had been told all this by the angels? Had she forgotten? Had nothing happened in the previous 12 years so that his living with them had become commonplace? Why did they not see this coming?  What kind of child was Jesus? Was he precocious? A brat? Did he ever do wrong? Was he a quiet kid? A leader? Since the Scriptures say that he committed no sin, are kids sinful? Was Christ’s development taken into consideration or was he just always perfect? It this the first time his parents have ever had to deal with anything but perfection with him? Is this why they didn’t worry about him in the first place—that he had never given them any problem? They just assumed he would be with everyone?
49“Why were you searching for me?” he asked. “Didn’t you know I had to be in my Father’s house?”
It says this like it is obvious? Why was it not so obvious to them? Why has Luke chosen to include this episode? If we assume Luke received this account from Jesus’ mother, then is she trying to tell us that this is the first time she really grasped that Jesus was really different? That something else was going on here, even as a young child of 12?
50But they did not understand what he was saying to them.
51Then he went down to Nazareth with them and was obedient to them. But his mother treasured all these things in her heart.
52And Jesus grew in wisdom and stature, and in favor with God and men.
Wisdom of God, like the Proverbs? The OT? The OT prophesies? The ability to apply the Scriptures to life? And stature…strength, physical nature? God is pleased with him, as well as men?
Summary: Jesus’ parents get a glimpse of their son’s uniqueness and special giftedness when, at the age of 12, he unknowingly becomes separated from his parents as they return home from the Passover, while at the same time, he remains engaged in a theological discussion with the teachers in the temple.
Bottom line: When Jesus remains at the temple engaged with the temple’s teaches, Jesus’ parents are reminded whose son he really is—God’s.
Why did God include this event in his record or what would we not know–about God, life, myself, others, etc.–if this story were not in the Bible?
About God, life, myself, others?
• That although Jesus was the Son of God, he must have appeared normal for his parents to have been surprised by his remaining behind at the temple to discuss the Scriptures with the teachers of the law.
• Although Jesus was 12, and apparently his parents didn’t totally grasp who he was, apparently he was beginning to.

• And yet, despite his awareness and his giftedness, he went home and respectfully seasoned. He played his role at home. He was a respectful son. He seasoned. He waited. He did not rush. He waited for God’s timetable with respect to what he was born to do and was called to do. 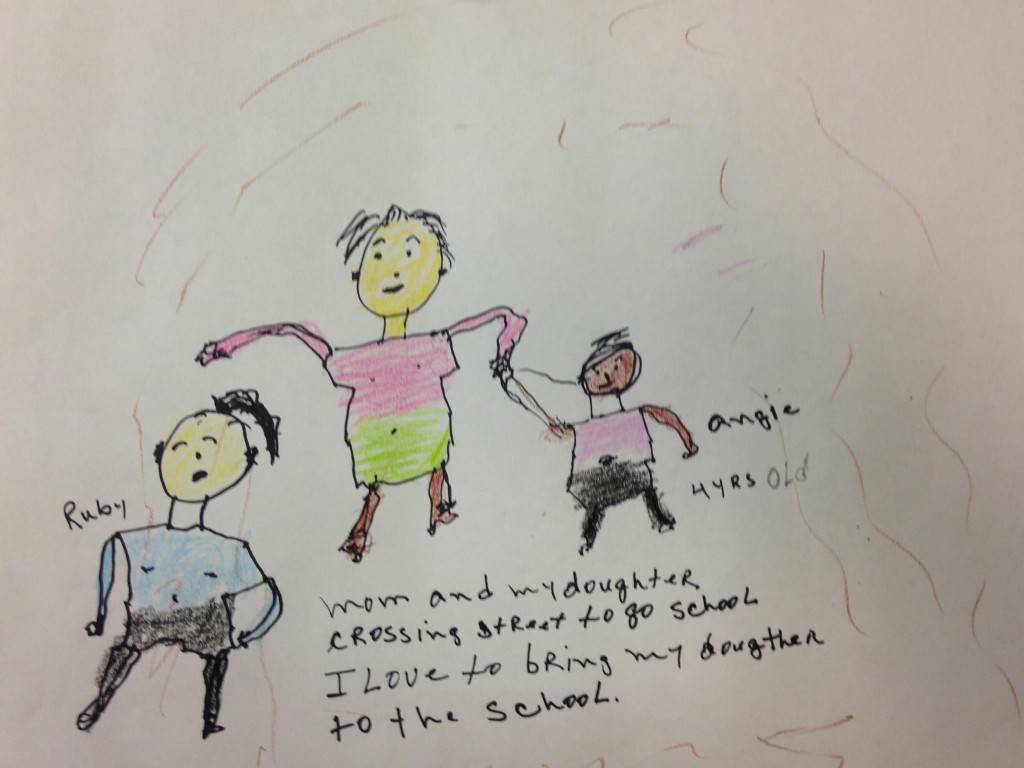 2o16 Update…2009 was particularly painful as we lost some valuable members. But, as usual, with God’s ever-present grace, we survived…and in time, eventually, we were vindicated and prospered. We did not die. Was it tough? Yes. Disappointing? Yes. Was there poor communication? Yes. Immaturity? Yes. Dishonesty and sin? Yes. But God’s grace is stronger yet…Truth in time…
Thanksgiving…a fundamentally solid year. We held our own. Paid our bills. Accomplished our missions, goals and tasks, and we did a lot of good work. And it has been a nice and relaxing holiday.
Struggle…Battling anxiousness about working on a new section or addition of SLove, at the same time knowing that they will still be lots of other demands placed on us and myself that are important, needed and necessary, but at the same time, distract from the larger goal…SLove…
Truth…Don’t miss the forest for the trees. Don’t confuse the daily and mundane…for what lies asleep, awaiting to be awakened by God’s Spirit at the proper moment and season. Do your Spiritual due diligence. God has his own divine timetable. Do the basics, but don’t discount the greater latent purpose.
Application…Do the fundamentals. Trust the fundamentals. I have a plan in place. Stick with the plan, including the improvements or the Spiritual renovations I am moving towards, along with remaining tethered to SLove and its crucial revision. And then be prepared that the unexpected will happen. My day…our day…will come. The pieces are there…slowly being rounded into form.
Your application:
Biggest Struggle at the moment:
How does what happen here relate to you?
As always, thanks!
Joe
Scripture quotations, unless noted otherwise, are taken from the Holy Bible: New International Version‚ NIV‚ Copyright 1973, 1978, 1984, International Bible Society. Used by permission of Zondervan Bible Publishers. All rights reserved.