©1998-2016
Fellowship
Life of Moses
The Painful Provision
Numbers 11:18-35
1.17.16
Introduction… Have you ever felt the presence of God? Have you ever had a God-moment in which God answered a prayer, or a sudden inspiration has come to you when only a moment or second before, you had never had that thought? How do you know it was God? How did things work out for you? Do you understand the importance of the Spirit’s role to not only the church in general, but to individual believers—how the Spirit, unlike the Son, is with and available to every person on the planet who puts their confidence, hope and trust in God the Son’s atonement for the forgiveness of all their sins, and thus allowing them to be reconciled with the holy, perfect, just and righteous Creator of the Universe?

In addition, it’s not always easy being a good Spiritual leader. Moses is finding this out the hard way. At times, especially early on, Moses was probably a bit too optimistic about people’s support. Now Moses is discovering that people…humans… can be very fickle, have short memories, say cruel things, as well as, cave into mob rule around them.
Observe how both God and Moses handle a not all too unexpected and growing complaint among the restless, fledgling Israelite nation.
Note: Two studies ago, we made a major transition. We skipped the later portion of Exodus, the book of Leviticus and the beginning of Numbers.
Exodus (a way out) and Leviticus (relating the priests and Levites responsibilities) contain major portions concerning the building and establishment of Yahweh’s bridal suite (initially a tent or tabernacle and later a temple), that Yahweh intends to Spiritually meet with and dwell with his nation-bride, Israel, as well as, the prescribed ritual, laws, rules, sacrifices and offerings in how his bride was to approach her Spiritual Groom.
The book of Numbers gets it title from a census which begins the book. Ultimately, Numbers takes us from Sinai to the Promise Land. But there are some dramatic plot twists that lie ahead.
It has been almost one year (see Ex 19:1; Numbers 10:11) since the nation first arrived at Sinai, and almost 15 months since they first exited Egypt via the Passover plague (Ex 12:1). Now with their law in hand and one major blunder under their belt—the building and worshiping of a golden calf while Moses was up in the mountains receiving God’s law–they have begun the second leg of their journey to their ancestor’s Promised Land.
Pray…
Read Passage several times…
Ask Questions…
18  “Tell the people: `Consecrate yourselves in preparation for tomorrow, when you will eat meat. The LORD heard you when you wailed, “If only we had meat to eat! We were better off in Egypt!” Now the LORD will give you meat, and you will eat it.
What does “consecrate” mean? How does one do it? Why does God want them to “consecrate” themselves just to eat meat?
19 You will not eat it for just one day, or two days, or five, ten or twenty days,
20 but for a whole month –until it comes out of your nostrils and you loathe it –because you have rejected the LORD, who is among you, and have wailed before him, saying, “Why did we ever leave Egypt?” ‘”
Doesn’t sound like God is very happy. This will be a lesson in complaining, perspective and ingratitude. Not appreciative of what you have? I will give you too much of what you want! Then let’s see your perspective about the miraculous manna that you are being provided.
21 But Moses said, “Here I am among six hundred thousand men on foot, and you say, `I will give them meat to eat for a whole month!’
22 Would they have enough if flocks and herds were slaughtered for them? Would they have enough if all the fish in the sea were caught for them?”
In other words, how in the world, are you going to do this, LORD? Manna made from the heaven’s dew is one thing, but meat?!
23 The LORD answered Moses, “Is the LORD’s arm too short? You will now see whether or not what I say will come true for you.”
24 So Moses went out and told the people what the LORD had said. He brought together seventy of their elders and had them stand around the Tent.

Why this action with these newly designated leaders?

25 Then the LORD came down in the cloud and spoke with him, and he took of the Spirit that was on him and put the Spirit on the seventy elders. When the Spirit rested on them, they prophesied, but they did not do so again.
Why only one time? To validate them? What did it sound like? Was it about the future? Or did they just speak in just an inspired manner?
26 However, two men, whose names were Eldad and Medad, had remained in the camp. They were listed among the elders, but did not go out to the Tent. Yet the Spirit also rested on them, and they prophesied in the camp.
Rebellion? A lack of respect or were they sick perhaps? Why did the Lord do this? Why did he have mercy in this situation? Because it had been decreed in heaven, and a divine decree is a decree, regardless?
27 A young man ran and told Moses, “Eldad and Medad are prophesying in the camp.”
28 Joshua son of Nun, who had been Moses’ aide since youth, spoke up and said, “Moses, my lord, stop them!”
29 But Moses replied, “Are you jealous for my sake? I wish that all the LORD’s people were prophets and that the LORD would put his Spirit on them!”
Visions of the prophet Joel’s prophesy that was at least partially fulfilled in Acts 2 by the apostles when the Spirit was poured out upon the church’s birth? And perhaps visions of a future time when the Messiah reigns in the kingdom of God? God’s people by God’s Spirit and power speaking God’s truth…heaven on earth? Peace, safety and contentment?
30 Then Moses and the elders of Israel returned to the camp.
Because the tent was outside the camp?
31 Now a wind went out from the LORD and drove quail in from the sea. It brought them down all around the camp to about three feet above the ground, as far as a day’s walk in any direction.
That’s a lot of quail.
32 All that day and night and all the next day the people went out and gathered quail. No one gathered less than ten homers. Then they spread them out all around the camp. 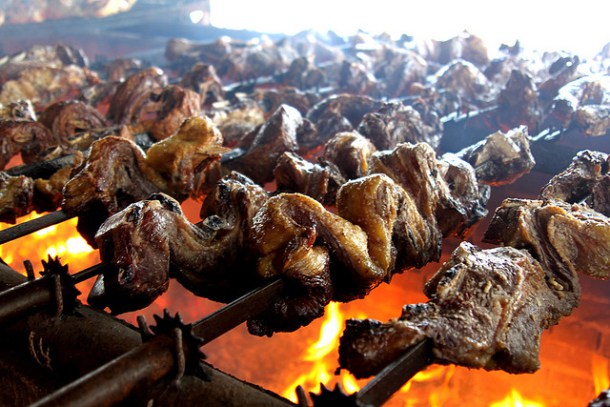 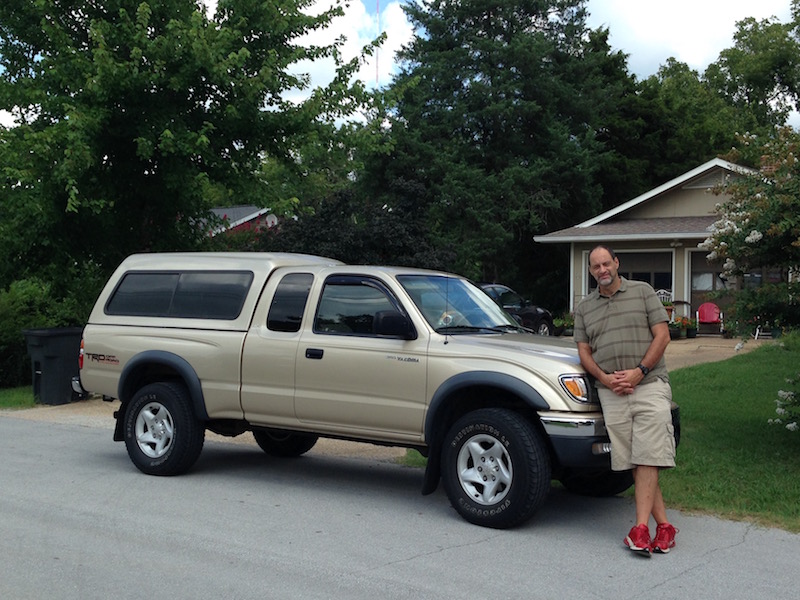 Application…Can I be thankful for each of these assaults against contentment or joy? Can I face them with God’s grace. When the truck would not start, because the van would not start, I am up the creek without a paddle. I was not going to make my lunch date. So I just did one more thing…I prayed and popped the hood, and after that one more thing, try jiggling the battery cable, which it did NOT jiggle, and see what happens. Well something did happen. I was that desperate, but the truck started. Who knows how and why? I have no idea. After lunch I went to check on mom and fixed her up a couple of icepacks for her face and elbow, and by the time Rhonda and Amanda got there a couple hours later, she was in her living room, sitting up and doing much better. Haven’t made a decision on the microwave, and the van would not do for the mechanics what it was doing for us. So 2 out of 4 is not bad. But the two remaining will have some tricky and perhaps time-consuming nuances that I will, with the Spirit’s help, some prayer and homework, hopefully navigate through. The solutions are out there, even if not the most perfect solutions…i.e. buying two more lemons…it is just taking the time to prayerfully and calmly navigate through them.
What would have happened if the Israelites had respectfully prayed for just one meal of meat as opposed to giving into grumbling, considering the miracles that had brought them to where they were at this point in the first place?
Your servant,
Joseph M. Cross
Your Struggle?
Your Truth?
Your Application?
Scripture quotations, unless noted otherwise, are taken from the Holy Bible: New International Version‚ NIV‚ Copyright 1973, 1978, 1984, International Bible Society. Used by permission of Zondervan Bible Publishers. All rights reserved.