Introduction… When was the last time the majority intimidated you into doing something that you weren’t quite sure of? What did you do? Did you stand or cave? Why? How did you feel about it later, one way or the other?
Moses, Aaron, Joshua and Caleb are all finding out the high price of doing the right thing…of trusting God, when all those around seem NOT to be.
Most of us are crowd followers, whether we like to admit it or not. We often fail to have the “guts” to think and pray for ourselves. There is no way that so many could be wrong, and I could be right?!
But once a person understands the psychological make-up of a crowd (or a mob) it is not hard to see how we can become so intimidated and follow the guy just ahead of me off the cliff.
“If everyone else is doing it, there must be some legitimacy to it. Right?” Not always! And probably, not even mostly! Do your homework!
What happens, is at some point in time, out of fear of being left out or going against the grain, individuals stop doing their homework. Call it Beanie Babies, AOL, the 2001 tech bubble, the 2008 mortgage crisis or Israel’s moral failure at Kadesh Barnea, we all do it. It’s human nature. The real question is can we summon the moral fortitude to stand up to the mob, risk sacrifice, but in the end, live with ourselves because we did the right thing, even if not perfect?
In this case, the mob’s choices will have disastrous consequences.
General Introduction…
The story of Israel’s failure at Kadesh Barnea (Num. 13) to boldly claim and take what had been promised to her—her Promise Lands—forms yet another major plot development…
…for forty years Israel will pay for her tragic indecisiveness. Two generations of Israelites will die off before the nation is allowed a second chance at claiming her Promised inheritance. 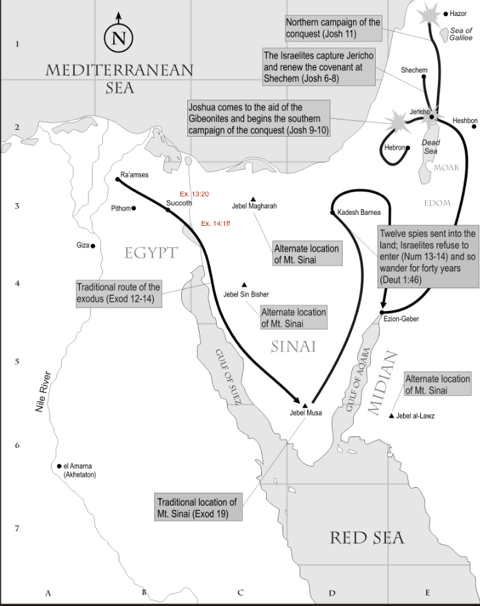 Num. 14:1   That night all the people of the community raised their voices and wept aloud.
Why are they weeping? Caught between a rock and a hard place, not knowing what to do? Should we attack or not? Are we doomed for failure, death and destruction?
2 All the Israelites grumbled (murmured, spoke under their breathe, not openly) against Moses and Aaron, and the whole assembly said to them, “If only we had died in Egypt! Or in this desert!
Can you believe, with everything God has done for them, that they once again are doubting what God can do…the ten plagues, death of the Egyptian firstborn, their release from Egypt, the Egyptians literally handing over to them their plunder, the parting of the Red Sea, Pharaoh’s army being destroyed, being given water, manna, quail in the middle of the desert, receiving the law, having been disciplined for worshiping the golden calf…I mean what else does the guy have to do to prove he is going to take care of his bride? But sometimes, it is just never enough…
3 Why is the LORD bringing us to this land only to let us fall by the sword? Our wives and children will be taken as plunder. Wouldn’t it be better for us to go back to Egypt?”
Panic…
4 And they said to each other, “We should choose a leader and go back to Egypt.”
Remember how God protected Moses when his own sister attempted to subvert his leadership? Why will he spare Israel, if he did not spare Miriam, Moses’ own sister from judgment? This is not good! And after Moses has interceded on their behalf time and time again! People can be so overwhelmingly selfish and shortsighted! People! The mob! Frightened sheep!
5 Then Moses and Aaron fell facedown in front of the whole Israelite assembly gathered there.
Why did they do this? Were they afraid? Were they praying? Were they appealing to the crowd?
6 Joshua son of Nun and Caleb son of Jephunneh, who were among those who had explored the land, tore their clothes
7 and said to the entire Israelite assembly, “The land we passed through and explored is exceedingly good.
Can you sense their urgency?
8 If the LORD is pleased with us, he will lead us into that land, a land flowing with milk and honey, and will give it to us.
9 Only do not rebel against the LORD. And do not be afraid of the people of the land, because we will swallow them up. Their protection is gone, but the LORD is with us. Do not be afraid of them.”
A valiant attempt to persuade the congregation, but… 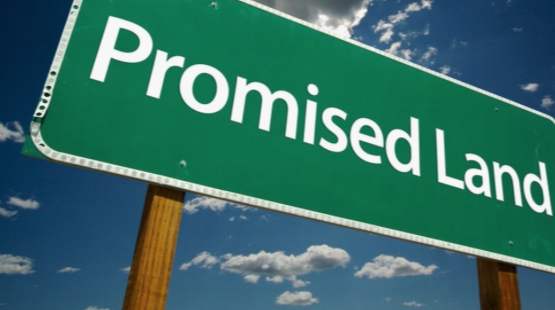 10 But the whole assembly talked about stoning them. Then the glory of the LORD appeared at the Tent of Meeting to all the Israelites.
11 The LORD said to Moses, “How long will these people treat me with contempt? How long will they refuse to believe in me, in spite of all the miraculous signs I have performed among them?
12 I will strike them down with a plague and destroy them, but I will make you into a nation greater and stronger than they.”
This is the second time it seems that Yahweh had offered this to Moses—the first time after the children of Israel worshiped the golden calf, and that time, Moses turned the deal down…
Recent Studies…
• Led explicitly by the fiery cloud (the presence of the LORD), the children of Israel leave Sinai, the place where they tied the marriage knot to their spiritual groom, Yahweh God, experienced their greatest moral failure in constructing another god, the golden calf, were severely disciplined and finally received their law/contract which they will live by in the land they are traveling to. Num 9-10
• The people begin to complain: first about their hardships, then about their food. The Lord hears both complaints. The first time he sends fire from the sky around the outskirts of camp. The second time he instructs Moses to gather 70 of the leaders from the nation to come before him so that the can place his Spirit upon them as he has done with Moses in order to help him with the burden of leading his people. Num 11
• By not only giving Israel more than what they want in quail, God disciplines the nation for having complained against his provision and wishing they were back in Egypt. He also chastises them with a plague.  Num 11
• God defends his humble servant, Moses, from an attempted sibling coup when he strickens Moses’ sister, Miriam, with a snow white leprosy and requires her to remain outside the camp for seven days. Num 12
• It is now time to explore the land; they explore it, but are intimidated by the size of the people. Despite Caleb’s protest they spread their report to the rest of the people. Num 13
• This Week…
• The nation cries. 1
• They grumble against Moses. 2
• They doubt the Lord; they want to choose a new leader and go back to Egypt. 3-4
• Moses and Aaron fall facedown before the assembly. 5
• Joshua and Caleb tear their clothes and plead before the nation that the land is good and God will give it to us, only don’t rebel or be afraid of the people in the land because they have they lost their protection. We still have ours. 6-9
• But the nation speaks of stoning the four. 10
• At that moment, God’s glory appears and speaks to Moses… “How long?” despite all I have done for them. 10-11
• Let me destroy them, and I will make you into a great nation! (Is this not what he said when they built the golden calf?) 12
Summary…The nation believes the other ten spies, grieves their negative reports concerning how large the people in the land are, wishes they were dead, seeks to stone Moses and Aaron, choose another leader and go back to Egypt.
Despite Caleb and Joshua’s attempts to remind them that God will accomplish what he has promised, they still refuse to listen. God then intervenes and seeks to destroy Israel and bless Moses.
What truths do I learn about God, man, people, myself, life?
• People can be incredibly stupid, panicky and stubborn.
• They panic, doubt. Then, there is this crowd effect. Follow the leader. Be it Beanie Babies, throw back jerseys, athletics, the stock market people do not think for themselves. If everyone is moving in that direction, then they must be right! Therefore, I must conform with the majority!
• There are those willing to confront the crowd and do what is right. They are willing to align themselves with their truth or the minority and stand against the mob. In doing so, they bring upon themselves the same judgment that falls upon the few. In other words, I will suffer with you. It is called selfless loyalty and integrity. Joshua and Caleb had the right stuff.
So What?
2016 Application…
Thanksgiving…Very blessed with the last few Sundays, teaching-wise;  some great exegetical time with Shawn this week working on some great hidden exegetical treasures on the “love of the Spirit” in Romans 15:31; a ton of wonderful birthday greetings, a very unexpected birthday surprise and a great birthday supper on Tuesday; some very solid counseling progress over the last few days…as well as, oh well, some unforseen challenges…two of which rankled my spirit…righteous indignation? I am not sure. I hope so, but one never really knows. It’s too early to tell…
Struggle…Balance…the never-ending struggle to balance life and ministry’s many competing demands.
Truth/ Application…Human nature will panic. Saw it again this week. Not sure if my Joshua-Caleb plea will do any good to stem the panic, but I spoke up, hard, fast and sure. I felt impassioned about my point, and it was not the first time this week I felt this way, so I spoke up. I was shocked. Same old. Same old. Been going on since the beginning of time. Turn your eyes for just a moment, and the mob may become rogue…even Christian mobs. Must be ever vigilant…and sometimes, even that is not enough. Thus we suffer with the mob’s disobedience. The story has not changed. Thus we are not always called to immediate victory. That is ludicrous. We are called to endure. To trust Christ. To do what is right, regardless, and in the end, our stature is not measured by its height in the world, but its height in heaven.
Your servant,
Joseph M. Cross
Your Struggle?
Your Truth?
Your Application?
Scripture quotations, unless noted otherwise, are taken from the Holy Bible: New International Version‚ NIV‚ Copyright 1973, 1978, 1984, International Bible Society. Used by permission of Zondervan Bible Publishers. All rights reserved.